There are multiple lots for parking at Gavin Park and it's best to park based on where you are playing.

If you are playing on Fields 1 - 8, please use 10 Lewis Road as your destination. You will park in areas P1, P2, P3 and P4. As you arrive, we will have staff to help direct you to the proper parking area. We'll aim to fill-up the 'back' Gavin lots first, and then work our way back to opening the Vincek Farm field. Note, there is a small lot via an access road down the middle of the park that will strictly be used for staff, officials, disabled and potential overflow.

If you are playing at fields 9, 10, 11 or 12, we recommend that you park in area P5 at Dorothy Nolan Elementary School, located at 221 Jones Rd, Saratoga Springs, NY 12866. There is plenty of parking here and there are paths behind the school that will lead you right to the fields. A quick 2-minute walk.

Parking at PBA needs to be done in a coordinated and efficient manor. Please work with our experienced staff as you arrive to coordinate properly. Please carpool if possible!

We will funnel cars to the 'deepest' lot P1 first, then move to P2 and then to P3. There is NO PARKING along Bliven Way, violators will be towed. 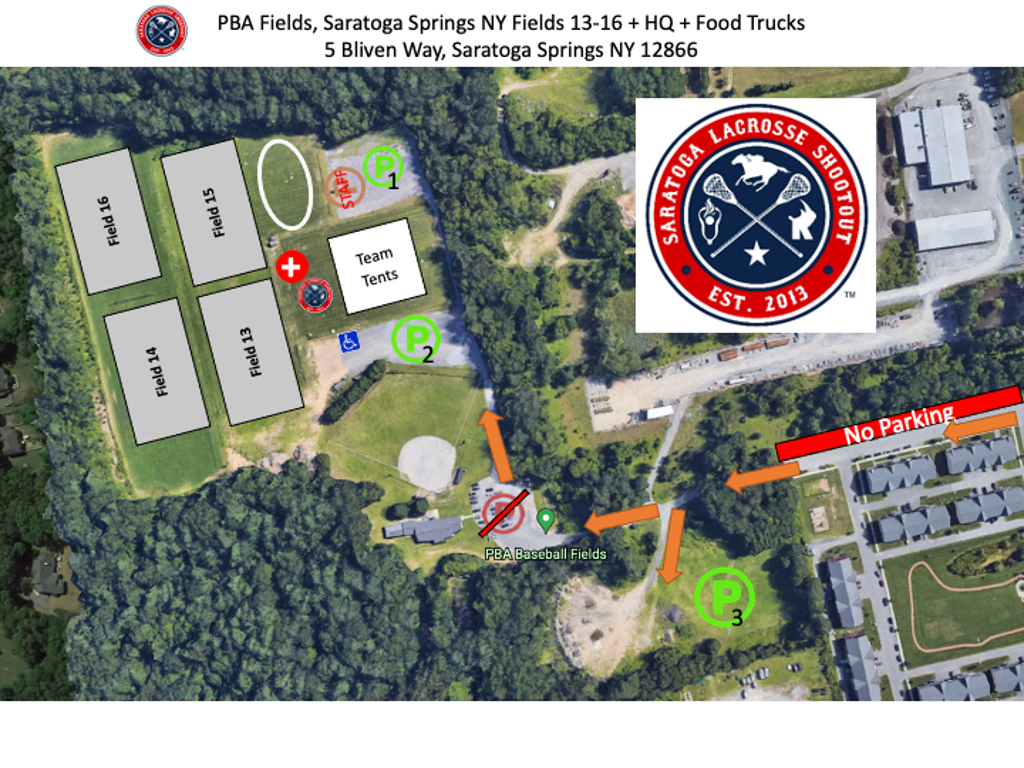 From The East (Vermont and New Hampshire):  Take US 4W out of Rutland VT area. Follow Route 4 to Fort Ann NY, and turn right onto Ann Street (Route 149). Follow 149 to the Adirondack Northway (I-87S). Follow I-87S to Exit 14 toward Saratoga Springs